Our Colorado Vacation: All the Details + Why Vacation is Important 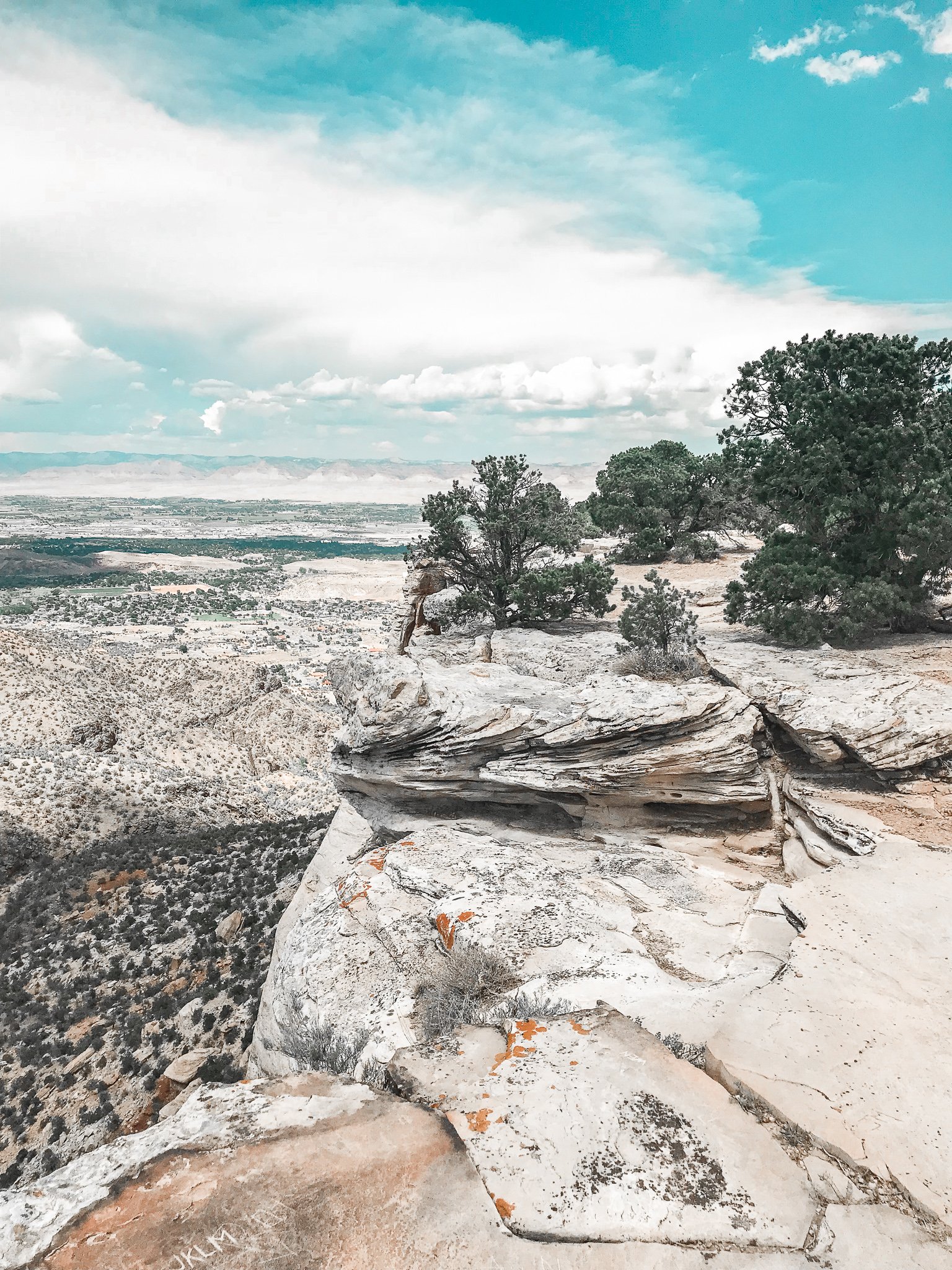 Hello friends and happy Hump Day! We’ve been back from vacation for a few days now and I’m still trying to adjust to reality. Today I wanted to go more in depth on our Colorado vacation and share some of our favorite parts with you. I’ll be talking about:

**This post contains affiliate links which means I receive a small commission, at no cost to you, when you click certain links in this post. Thank you for your support! 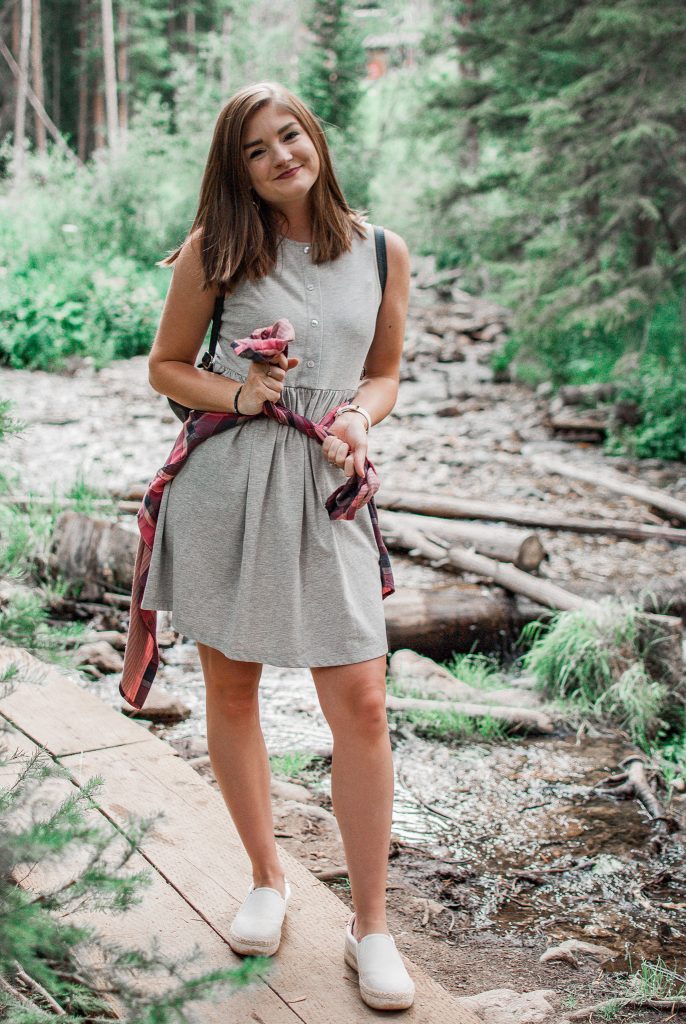 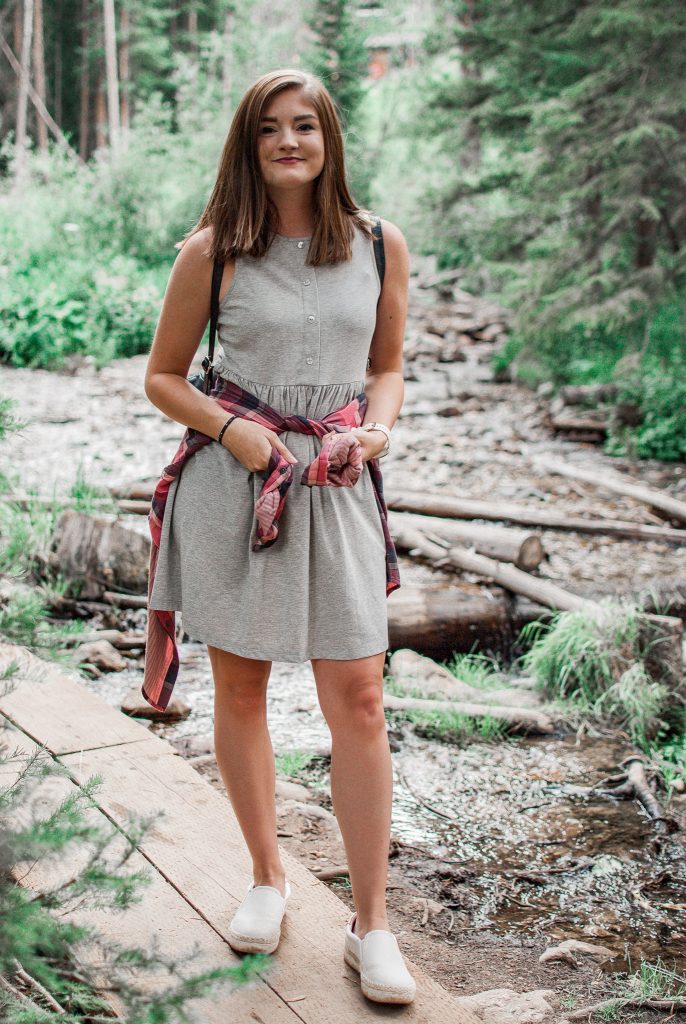 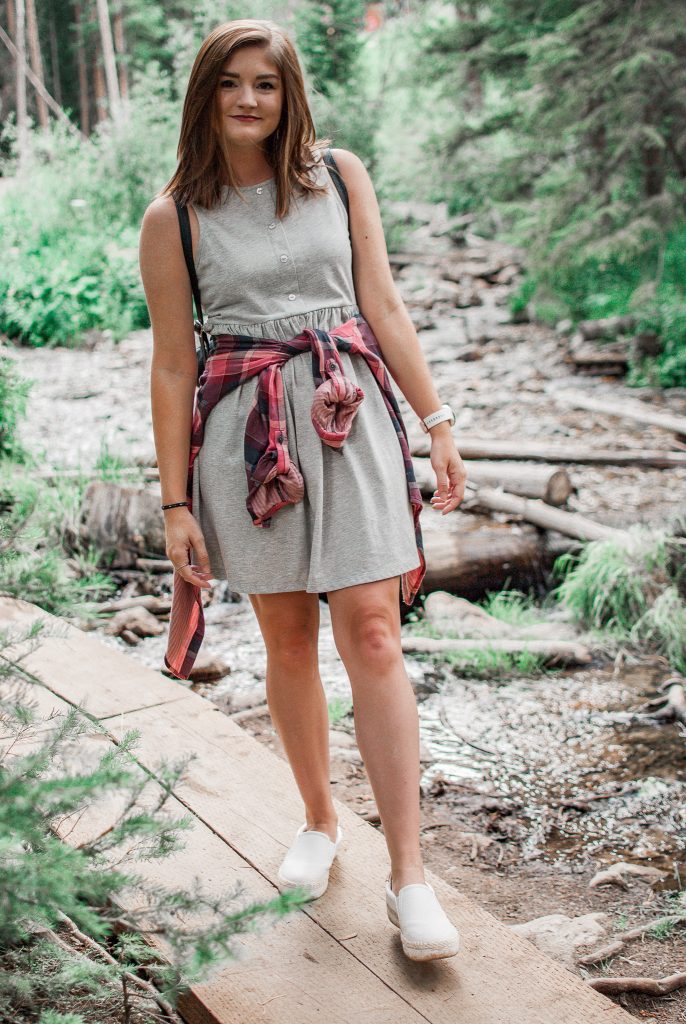 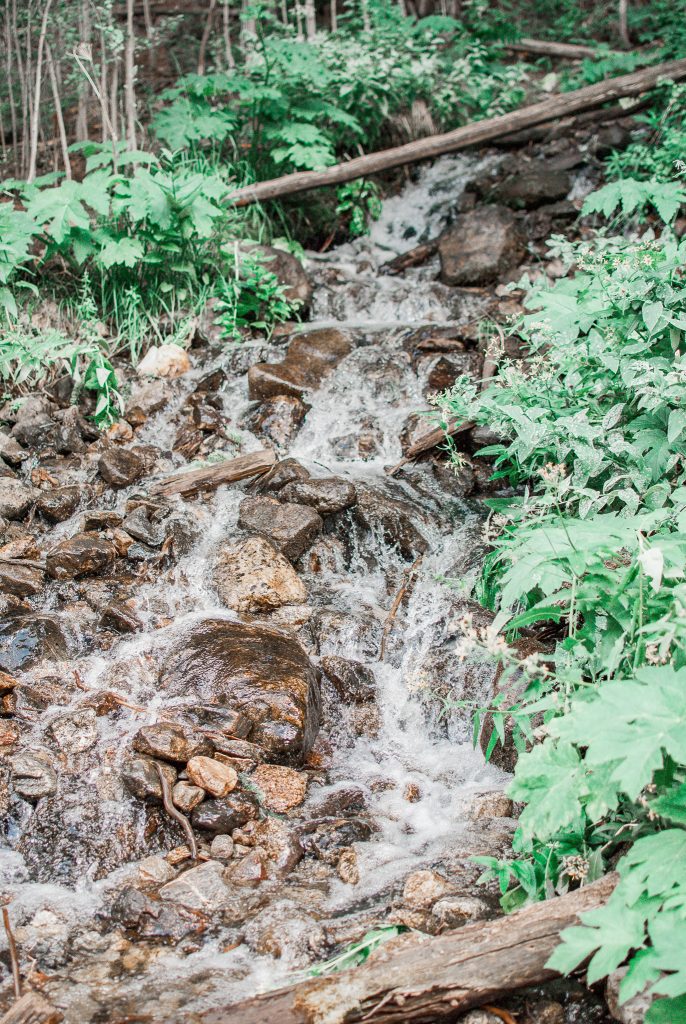 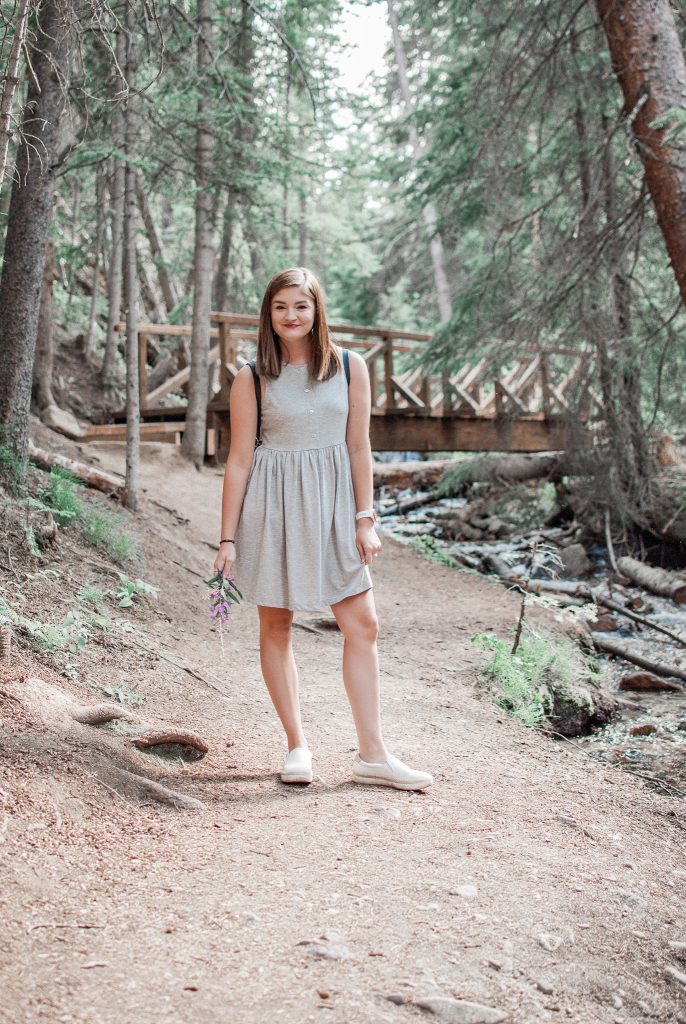 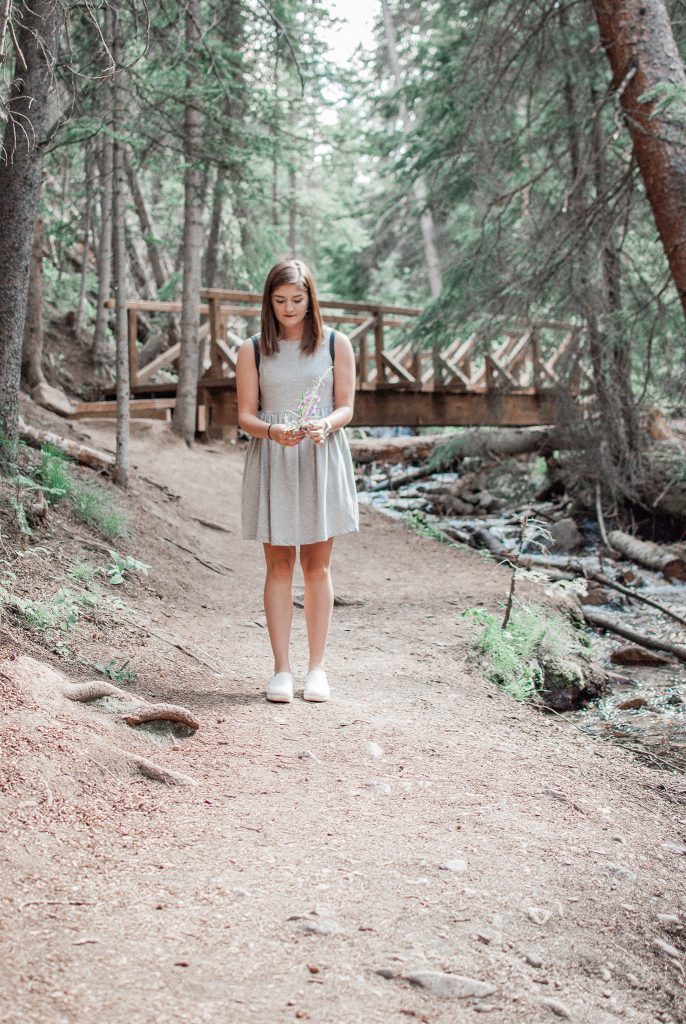 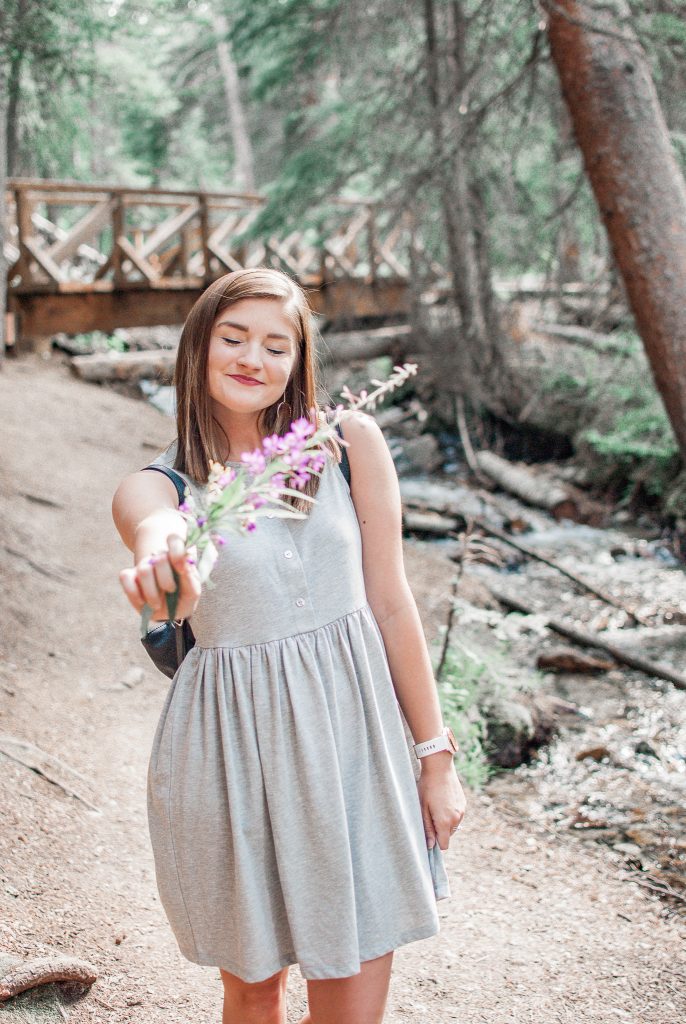 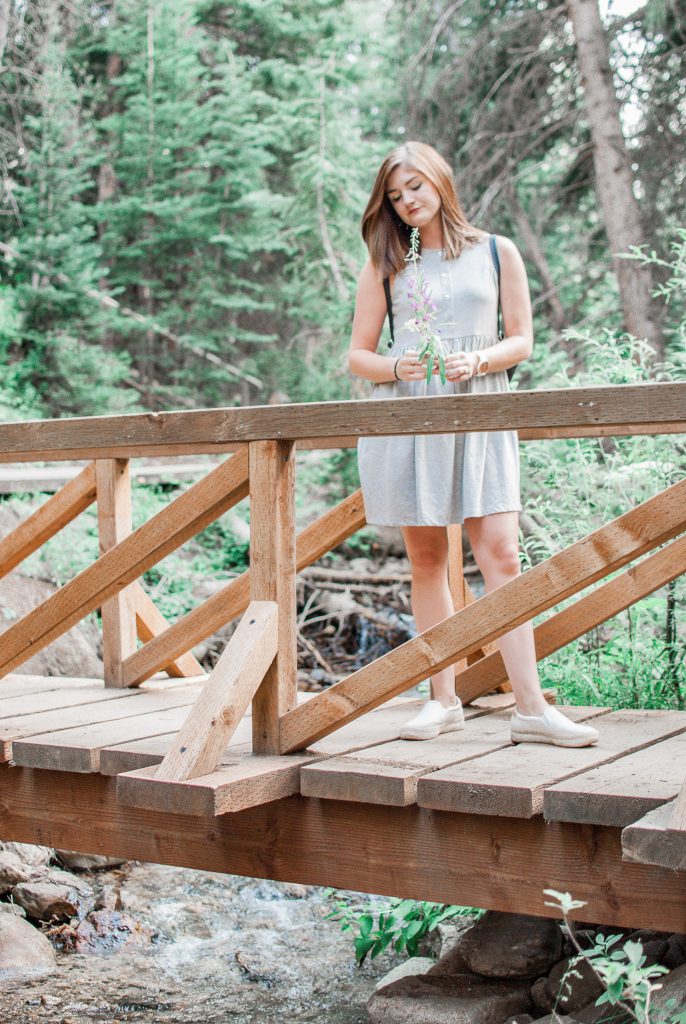 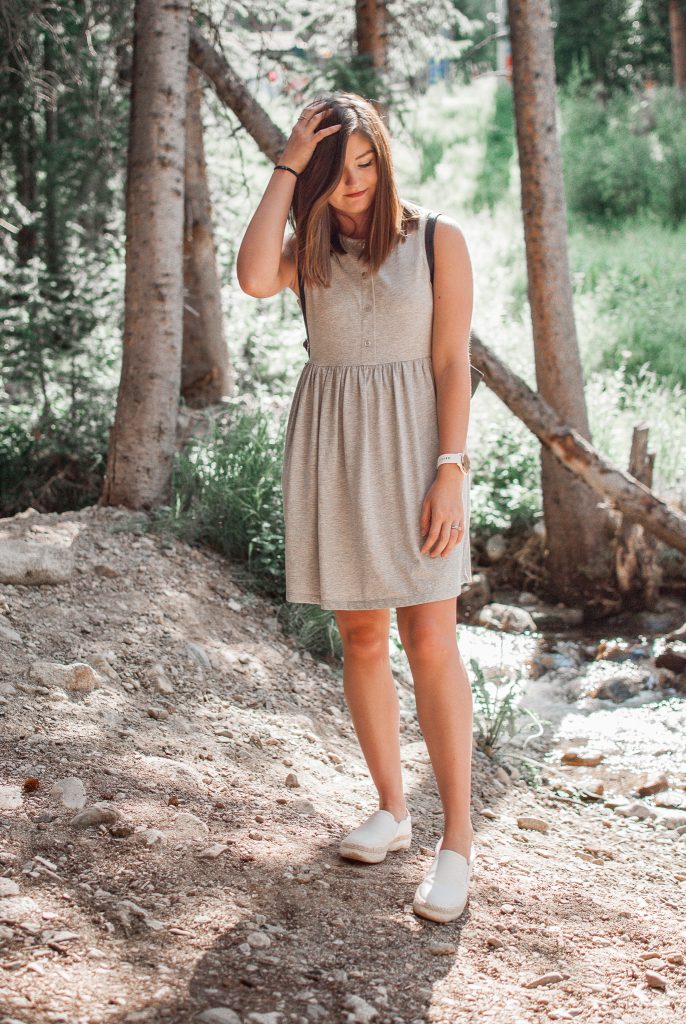 Side-note: not recommended for hiking lol

Why We Chose a Colorado Vacation

So you’re probably wondering why we chose Breckenridge, Colorado in the middle of the summer…since that’s usually where people go ski in the winter. Back when Kevin was deployed we were talking about going on vacation, and we were leaning towards the beach. But then Colorado came up. I’d never been, and I usually prefer the mountains over the beach anyway because of the climate. As it turns out, Kevin’s parents have a time share in Breckenridge and they weren’t using it that week. They were nice enough to let us use it instead! So I mean, why not? I have to say, I do not regret choosing Colorado over the beach AT ALL. Just look at the views. It was such a peaceful place and with it being in the middle of summer, it wasn’t nearly as crowded as the beach would have been. To top it off, all week in Breckenridge, the temperature never got above 70 degrees. I’ve decided we’re retiring there haha.

We got to spend the week at the beautiful Grand Lodge on Peak 7 resort in Breckenridge. It was basically on top of the mountain. This place had it all, you guys. It had views, easily accessible trails, pools, a plethora of hot tubs, it’s own restaurant, a spa, a theater you could reserve, and much more. Everyone was SO nice and helpful there. Everyday we went to town we either took the gondola down or the free shuttle, so it was super convenient. The room itself was so cozy. We had a living area, a kitchenette, and a pretty good sized bedroom with a mountain view. If you’re every planning a trip to Breckenridge, I highly recommend staying here, or at least in the general area. 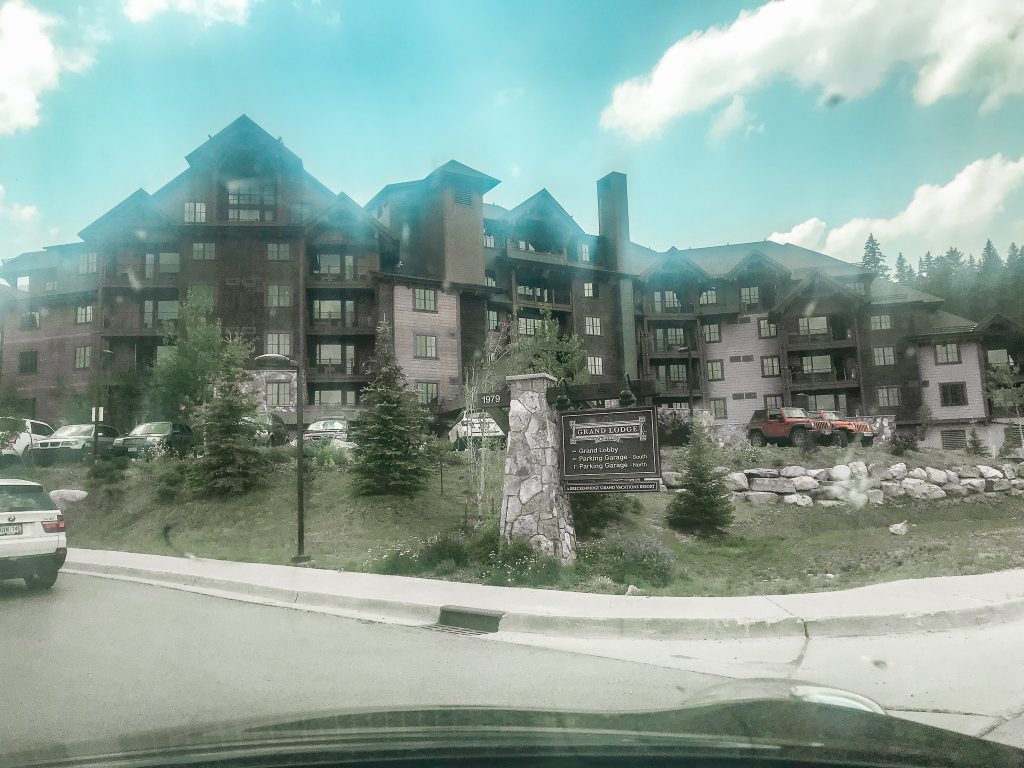 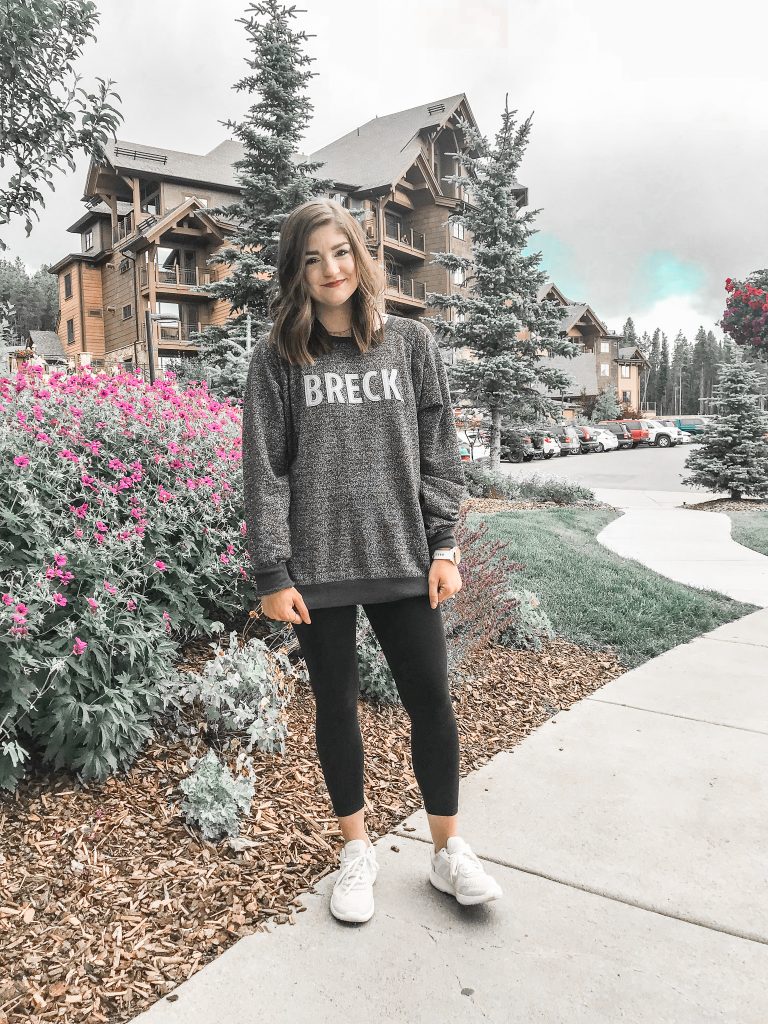 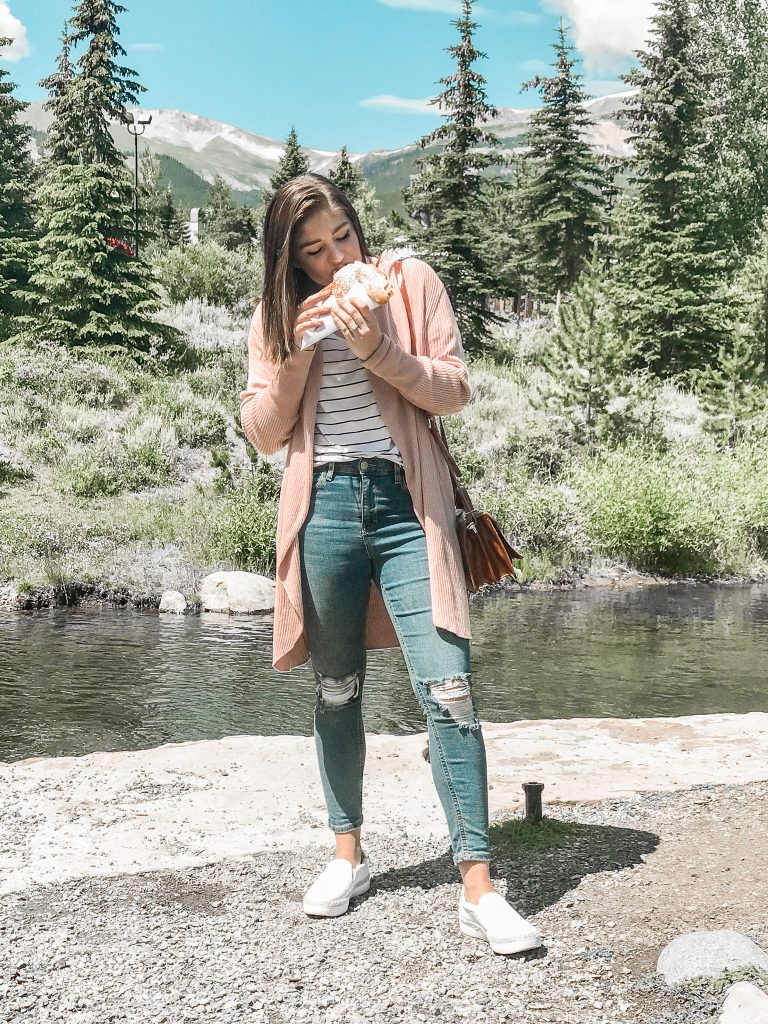 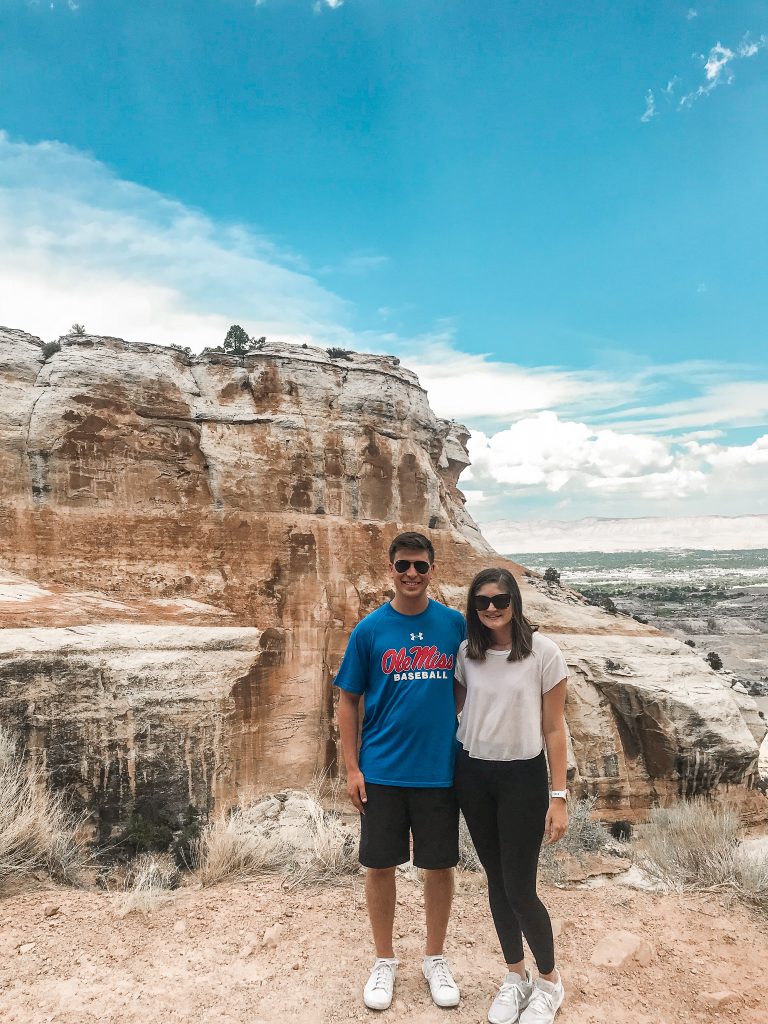 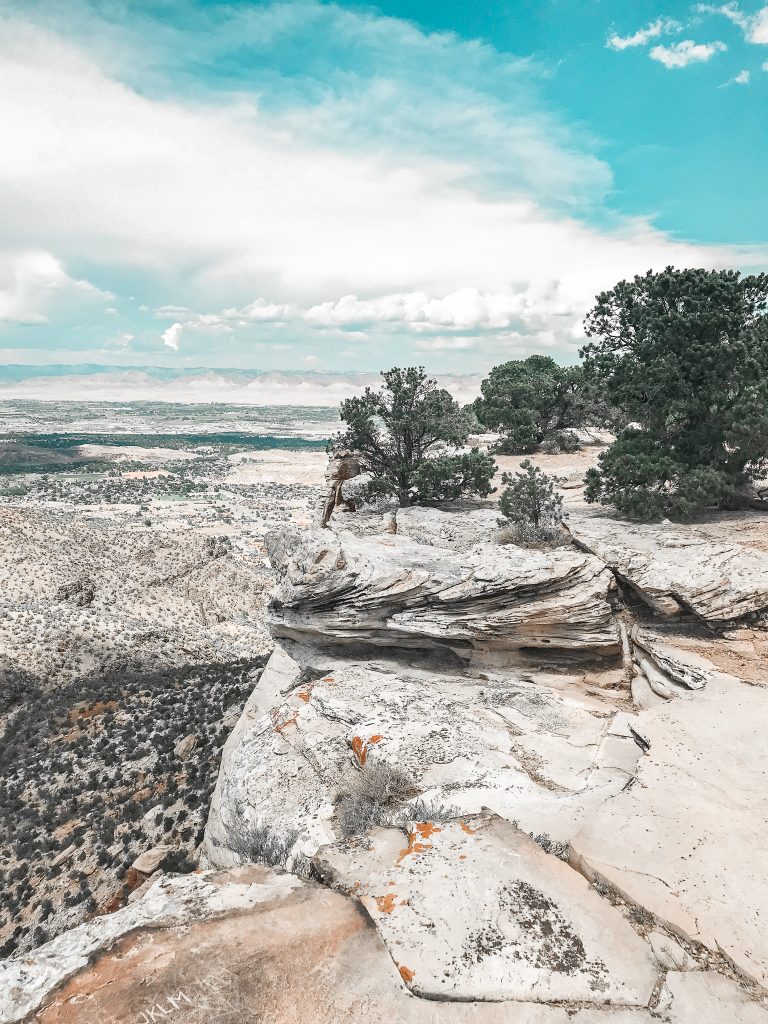 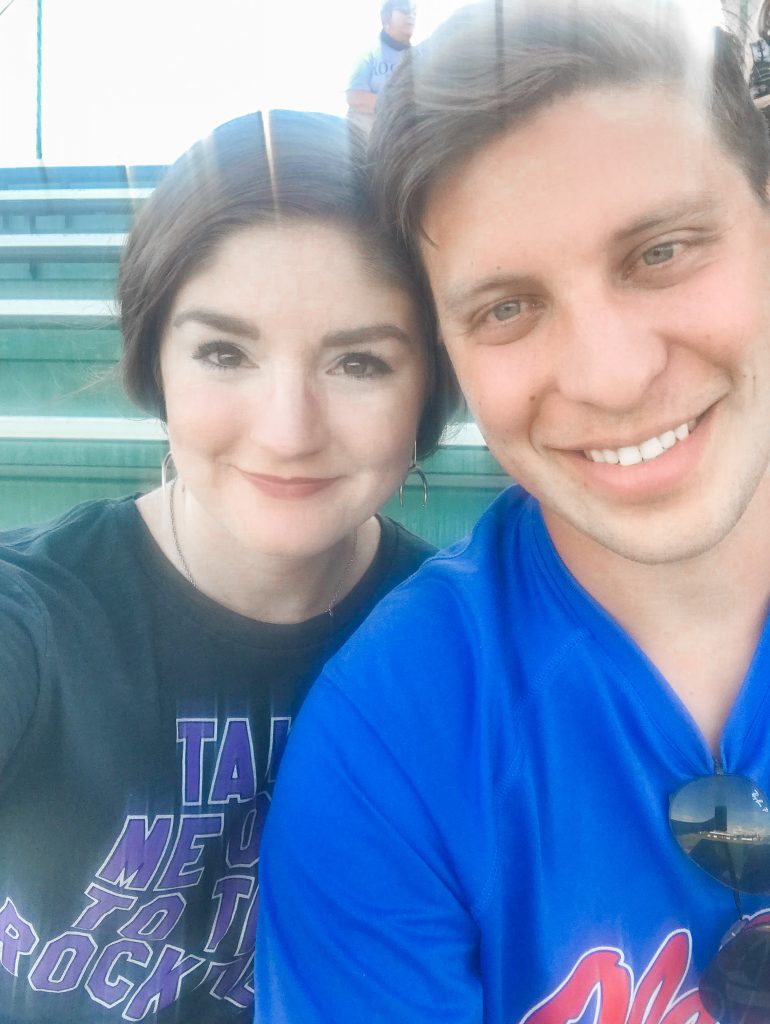 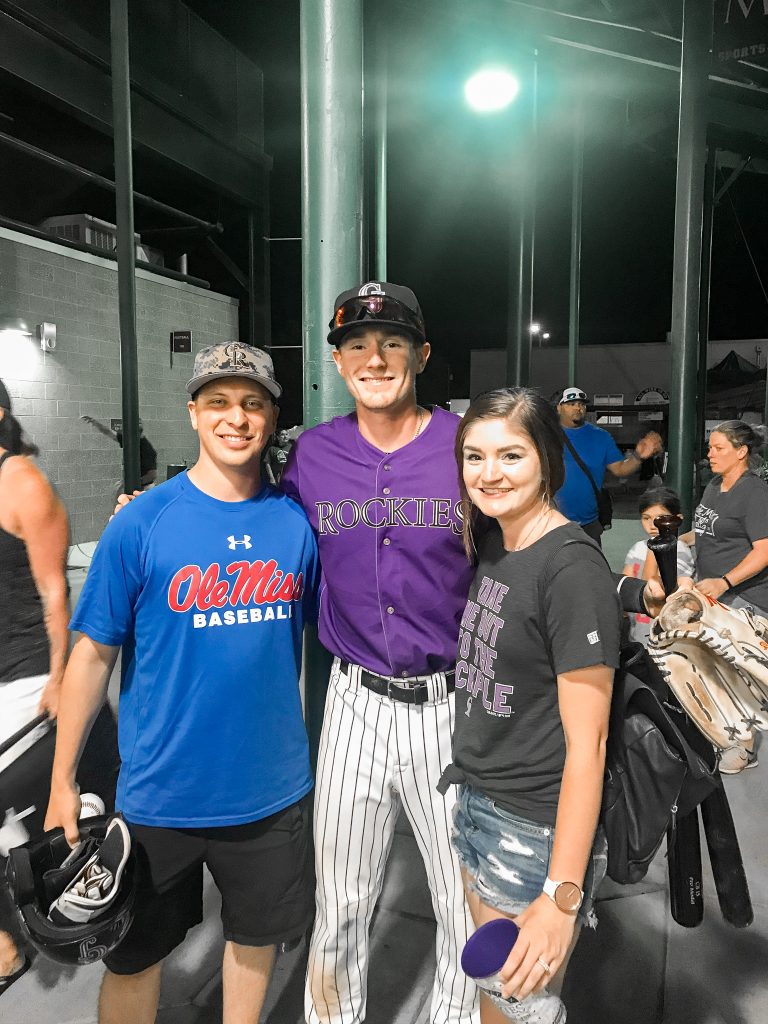 What We Did In Colorado

I feel like we did SO much. I mean, we did relax a lot which was nice. But we also saw a lot in one short week. The first morning we immediately went and found food. Duh. We love food hahaha. Kevin knew of a crepe cart in town and oh it was so good. I really want one right now just writing about it. The rest of the day we explored the adorable little downtown went to check out the pool and hot tubs. Monday, we drove to Grand Junction to meet up with my little brother and watch him play ball! Is it really a vacation if baseball isn’t involved? Probably not for us. It was so cool to see him playing in the minors and do well. So proud! Before the game though, we went to check out the Colorado National Monument which is right outside of Grand Junction. It had some of the most unreal views I have ever seen. Some other things we did including going on random hikes, exploring (and eating) more downtown, and of course we had to go to a Rockies game. Then on the way home we stopped by the Air Force Academy so Kevin could show me where he went to school! We had so much fun together on our first real vacation since the honeymoon, and it was much needed after a four month deployment.

Hey, all my military people! Pro Tip: if you’re ever in Colorado and can make it to the National Monument, military members receive a free yearly pass! 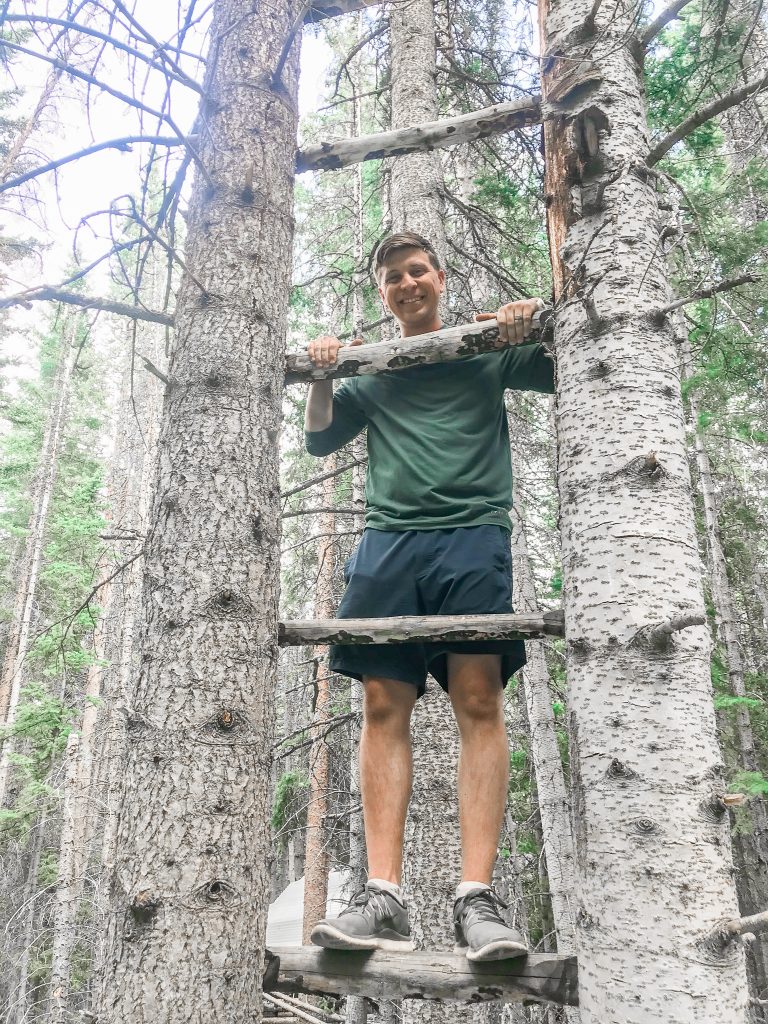 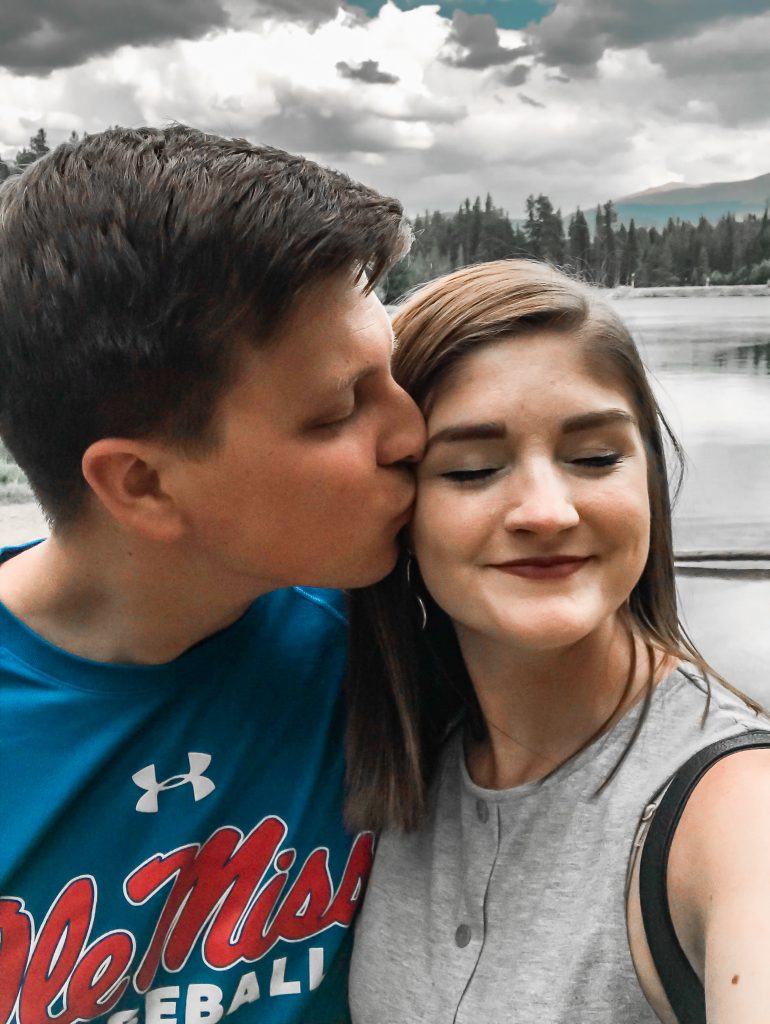 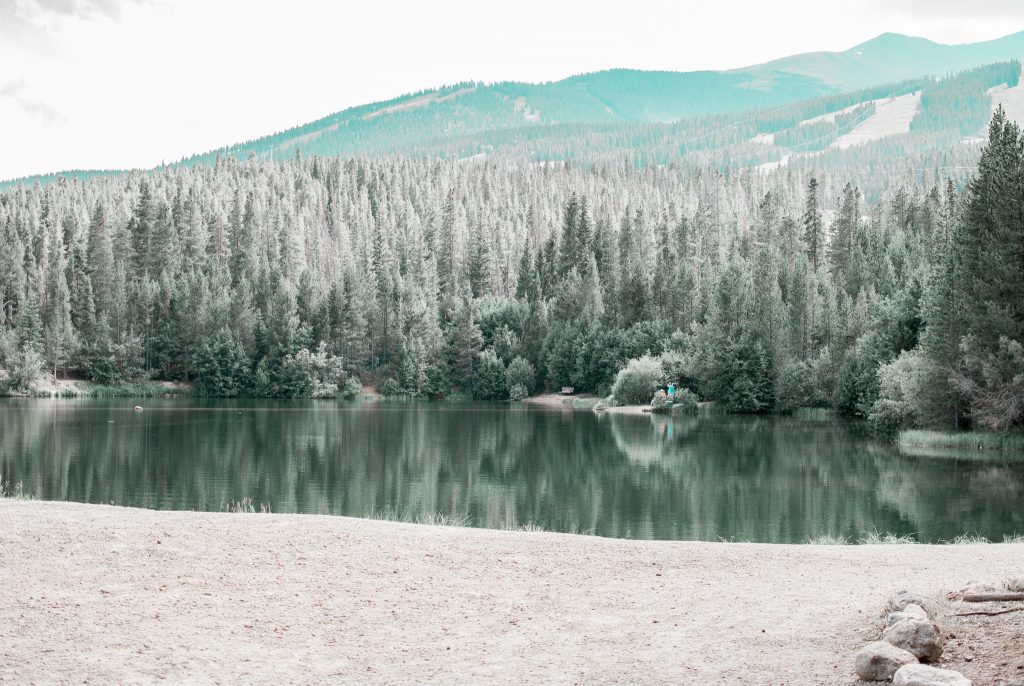 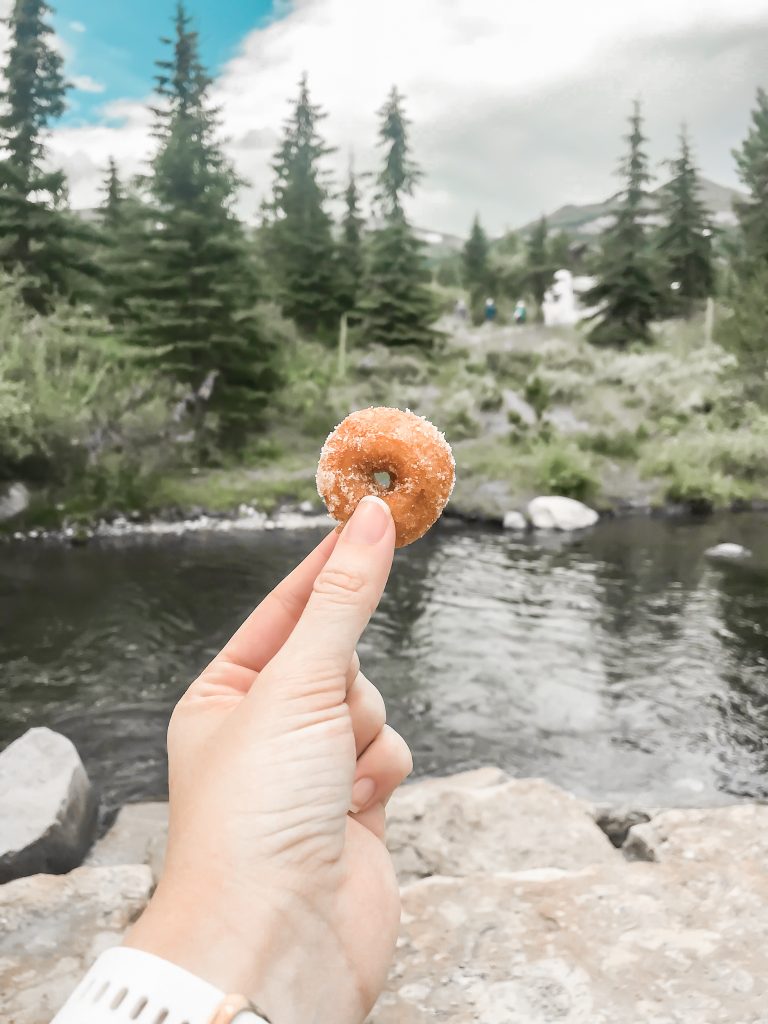 Why Vacation is a Must, Especially for Military Families

I truly believe there is nothing better for your body, mind, soul, creative self, etc. than a good break from life. Now that I’m a military wife, I believe this even more than before. The time you have together as a military family is so very limited and precious, especially after dealing with deployments and TDYs (temporary duty). The work Kevin does is genuinely dangerous. It keeps him away from me and normal life, and it’s a huge stress for both of us. Even though he’s been back for a couple of months now, he still had work to do here and the normal life stressors were very present. So we really needed to get away and just be together. A time to reconnect, relax, and have fun. So we did!

I totally know and agree that vacations can be expensive, but there are ways to go and not spend a ton of money. That’s not the point anyway, right? For us, the most money we spent was honestly on gas since we drove. But hey, it was way cheaper than plane tickets and a rental car. We didn’t do all of the tourist-y things. Actually, our favorite parts of the trip were just sight-seeing and exploring. That’s free! We even ate breakfast and sometimes, lunch, in our hotel room. The important thing is having the time away from normal life and enjoying that time together! 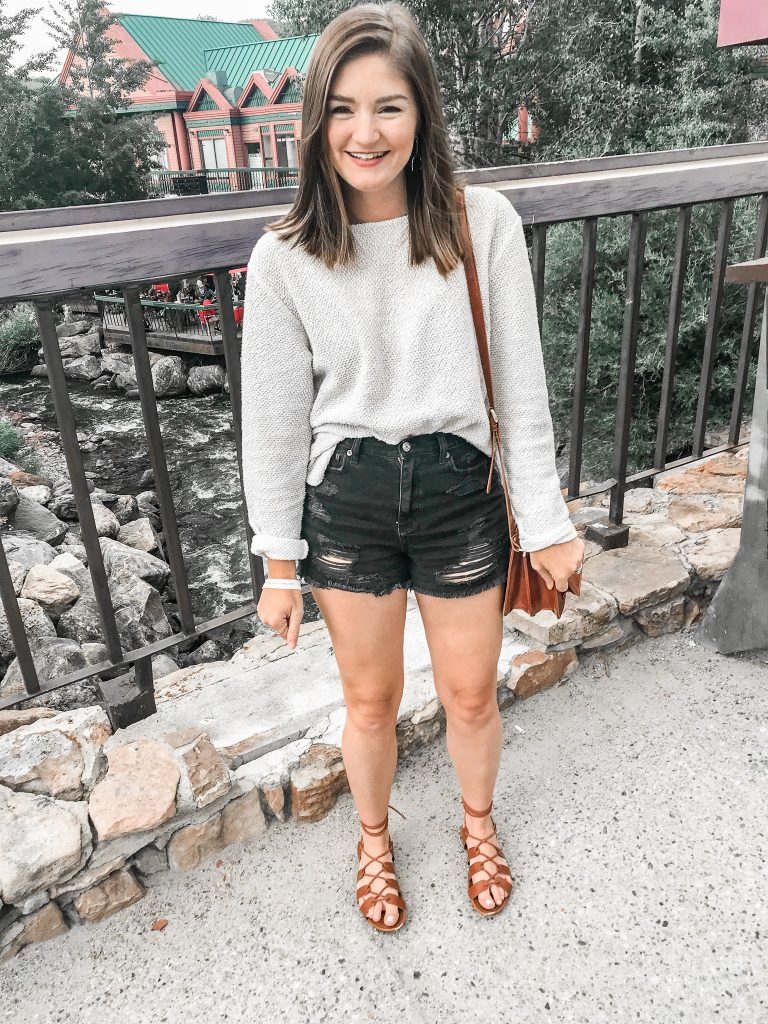 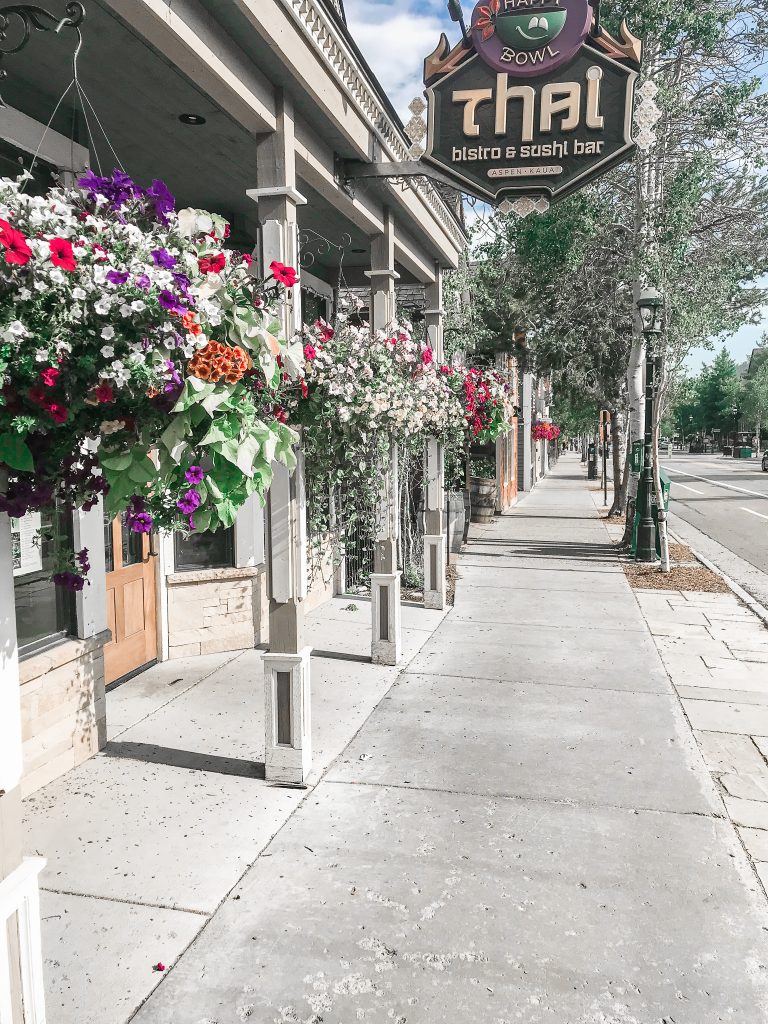 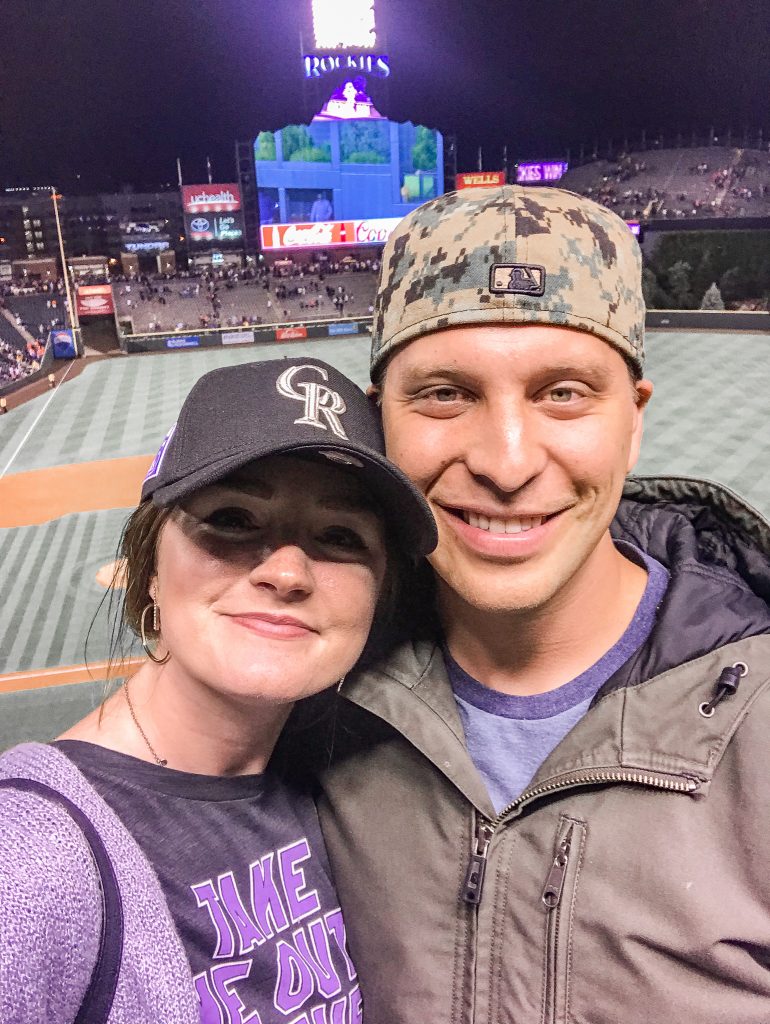 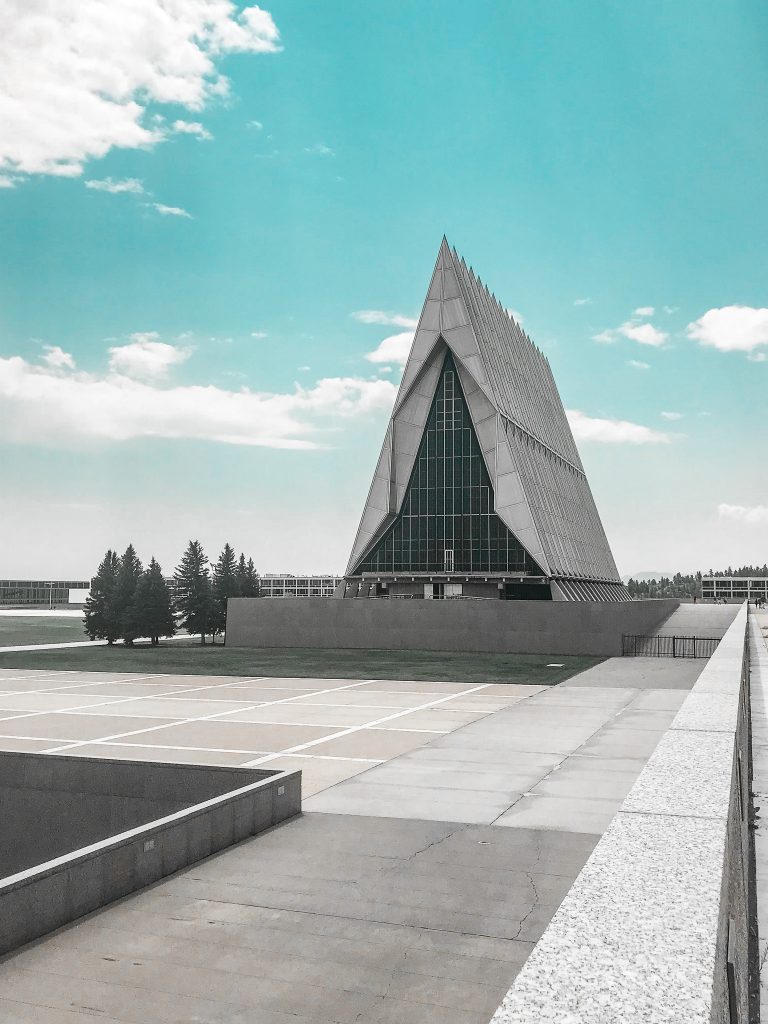 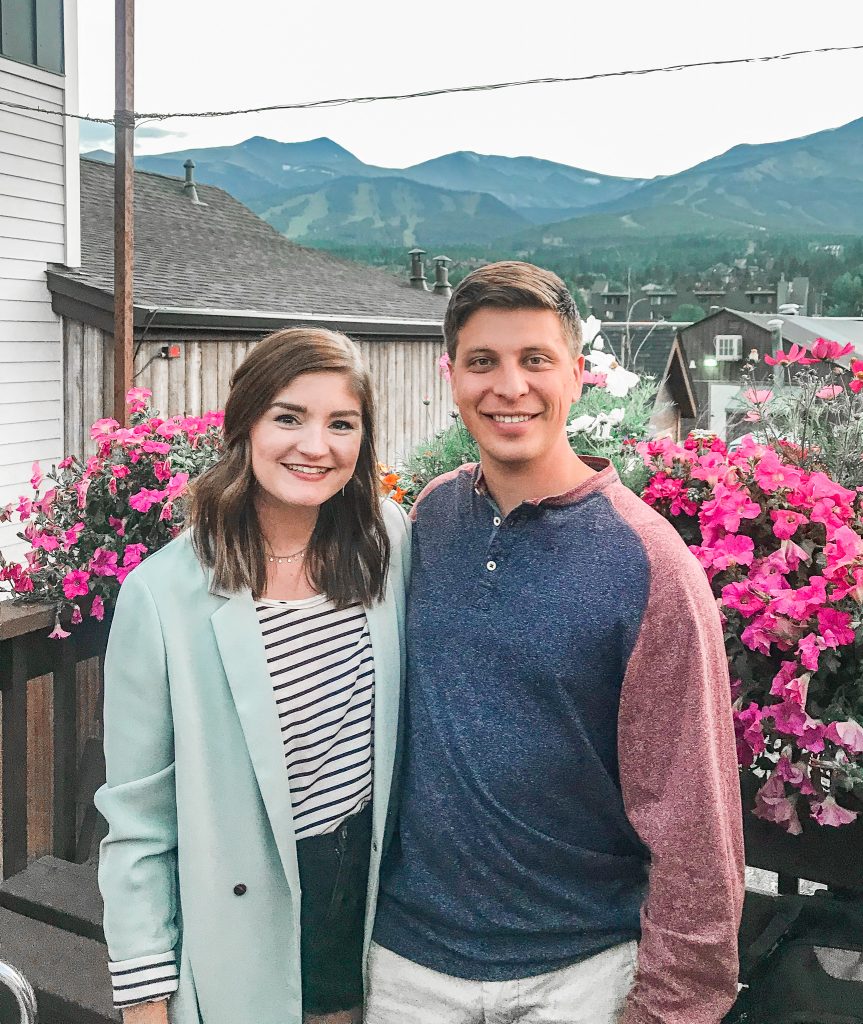 As always, thanks for spending time with me today! What is your favorite vacation spot? I’d love to know! Just leave a comment below 🙂

Trending Fashion for the Spring

The Fashion Guide to Summer Travel

My Colorado Vacation Instagram Roundup + A Little About Our Week 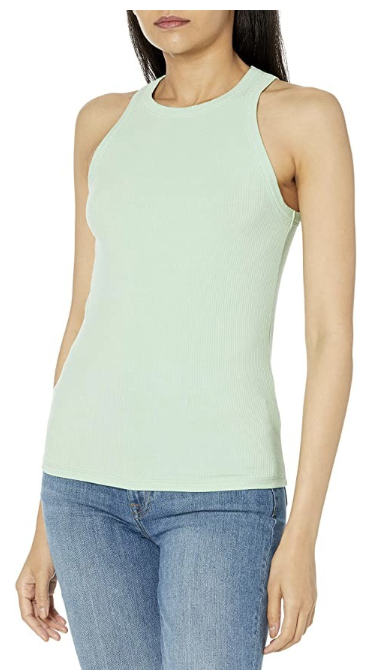 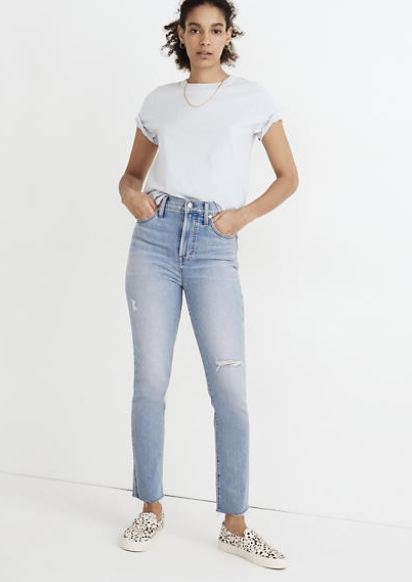 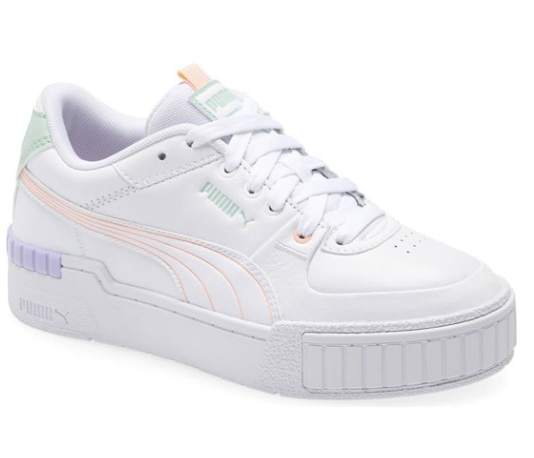